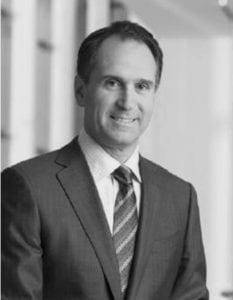 PLC BOARD OF DIRECTORS – MEMBER

Adam Ostrach manages Capital One’s Middle Market Banking Business in the Mid-Atlantic. In this role, Adam oversees offices in Mclean, Washington DC, Richmond, and Baltimore. Capital One’s Middle Market group provides a full range of financial products to companies in the region with sales between $10 and $500 million. He also serves as the company’s Maryland North Market President, which includes Frederick, Howard, and Montgomery counties, as well as the city of Baltimore.

Adam has over 34 years of experience in middle market banking. Prior to joining Capital One Bank in 2006, he spent 17 years in various managerial roles at the Bank of New York. Adam previously worked at National Westminster Bank, where he began his career.

Adam is heavily involved in the community and is a strong advocate of civil rights. In 2002, he received the Human Relations award from the Anti-Defamation League for his commitment to equality. He currently serves on the Board of Directors for Leadership of Greater Washington and the Executive Committee of the Greater Washington Board of Trade.

Adam holds a Bachelor’s degree from Adelphi University and went on to receive his MBA from the New York University Stern School of Business. He resides in Montgomery County, Maryland.