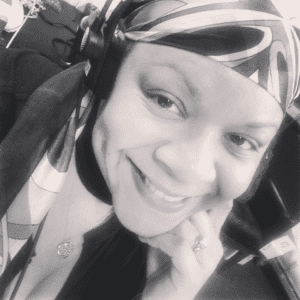 April E. Carter, began her theatre career at a very early age.  She grew up in Columbia, Maryland where she began taking dance classes.  At the tender age of six, she was bitten by, “the acting bug”.  She began singing at the age of 10 and also started taking her acting classes a bit more serious.  April blossomed on stage, eventually went on to attend Howard University where she received her B.F.A in Theatre/Musical.  Over the past 20 years, April has had the opportunity to work with many artist such as Stephanie Mills, Debbie Allen, Avery Brooks, Robin Givens, George Faison, LaToya Luckett, Shemar Moore, Lorretta Devine, Victoria Rowell just to name a few.  She is currently the Assistant Production Manager, Casting Director, and Production Stage Manager at Mosaic Theater Company of DC.  Needless to say, theater is her life!