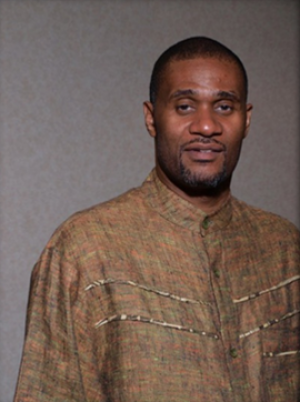 2021 Conference Presentation
Panelist: NTU Through the Lens of Masculinity
Join us for this enlightening, thought provoking, and engaging discussion of the relevancy of NTU to personal and societal perceptions of masculinity.  Our panelists will share their introductions to NTU, how it has shaped their professional and personal lives and how they think it will impact men and boys forever.

Chester Marshall is the Founder and CEO of the Institute for African Man Development Inc in Washington DC. He is also an adjunct professor of Social Work at Howard University in Washington DC.

Mr. Marshall has more than 33 years’ experience in providing social services, program development, and management in various settings including child welfare, therapeutic communities, and private practice. He has helped to develop successful programs targeting African-American Men and Boys in the DC and Chicago areas including: mental health, rites of passage, therapeutic-based milieus and training curriculums. In 2010, Mr. Marshall was appointed by D.C. Congresswomen, Eleanor Holmes Norton to serve as a commissioner on the Congressional Commission on Black Men and Boys. He also serves on Washington DC Mayor Muriel Bowser’s Commission on Men, Boys and Fathers.

He received his Bachelor’s degree in Psychology from Grace College and his Master of Social Work from Howard University.  He is certified in Clinical Hypnosis and Neuro-Linguistic Programming and is a certified NTU psychotherapist. He also holds a certificate in Rational Emotive Behavior Therapy from the Albert Ellis School in New York and is a graduate of the National Association of Black Social Workers (NABSW) Academy of African-Centered Social Work.

Known for his dynamism and ability to connect with and engage audiences, Mr. Marshall has presented at many conferences and public forums and is frequently invited as a keynote speaker. He has been a regular guest speaker on various television shows including Howard Television, Africa News Vision, CNN and the popular BET.