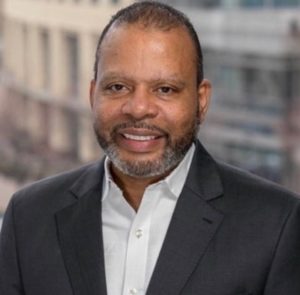 PLC BOARD OF DIRECTORS

Prior to Deloitte, he worked for Accenture where he helped launch CIO Advisory Services. With deep experience leading transformative IT programs, he partnered with federal agencies to develop and implement strategies to improve IT performance.

Additionally, he was EPA’s Assistant Administrator for the Office of Environmental Information and Chief Information Officer. He was appointed to serve in the role by President Barack Obama.

Over his career, he served in a variety of leadership roles at CIGNA Healthcare, Monsanto, Quaker Oats, General Dynamics, and Shell Oil Company. He has a broad business background which included consumer packaged goods, defense contracting, agriculture, pharmaceuticals, and the oil and gas industries.

Previously, he was a Board member of the Children’s Literacy Initiative in Philadelphia, member of the NASA Advisory Council – Institutional Committee and the Jackson State University National Alumni Association, where he chaired the membership committee.

He holds a B.S. from Jackson State University and an M.B.A. from Northwestern University, J.L. Kellogg School of Management.